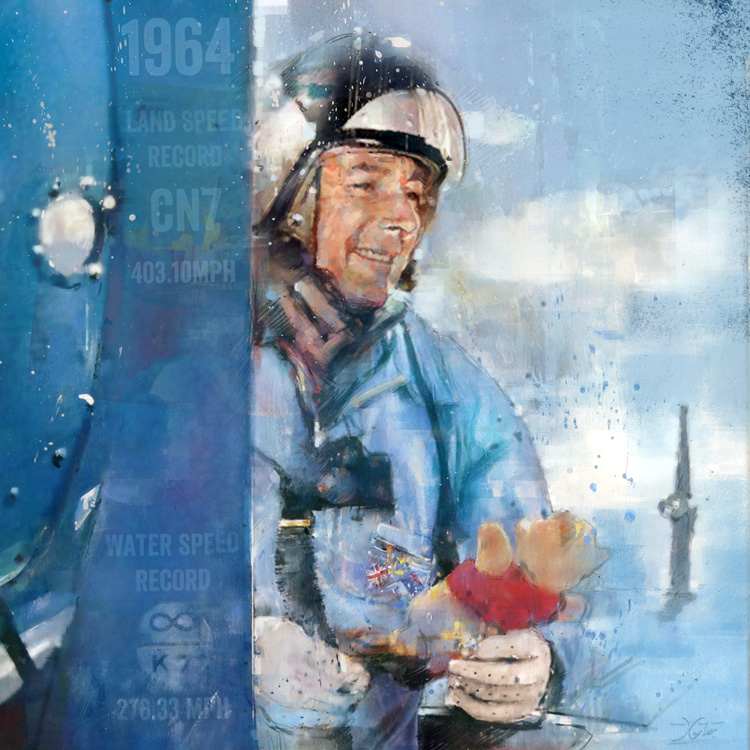 Portrait of Donald Campbell with Mr Whoppit in his Bluebird CN7. This piece champions Donald’s famous 1964 achievement when he managed to become the first and so far only, person to set both land and water speed records in the same year.

In July 1964 Campbell took Bluebird CN7 to Lake Eyre in Australia where he managed to break the Land speed record with a speed of 403.10MPH. In December he decided to go for his seventh Water speed record and took his Bluebird K7 to Lake Dumbleyung in Western Australia where on the last day of 1964 he managed to brake the record with a speed of 276.33MPH.

This was created for the SPEED exhibition held at the Royal Automobile Club on Pall Mall, during August 2017.  Showing Land Speed Record Art (1924-1964) The exhibition brought together 28 new and unseen artworks by eleven leading motorsport artists to celebrate the visual impact of these records and drivers through different mediums and contrasting styles.